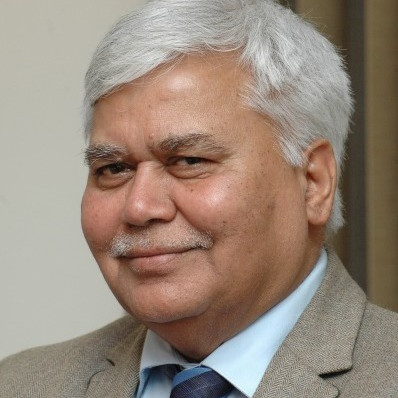 For 40+ years Dr Sharma has led reforms and leveraged IT to simplify administrative processes, thus, contributing to shaping India’s policies in Information and Communication Technologies (ICTs). He believes in combining planning and execution skills to ensure that policies work on the ground.

As the founding Director General and Mission Director of UIDAI, he helped formulate and launch Aadhaar, India’s first and the world’s largest biometric identity system. He has also authored a book – ‘Making of Aadhaar: World’s largest Identity Platform’, capturing his experiences.

Dr Sharma is a member of the Indian Administrative Service (IAS 1978, Jharkhand cadre)

ACHIEVEMENTS:
• As Director General & Mission Director of the Unique Identification Authority of India, he was responsible to bring to fruition Government of India’s ambitious project to provide a unique identity to all its residents.

• Deeply involved in the areas of e-Governance, he has worked to introduce IT systems in the area of public service delivery such as Government Treasuries, Public Grievances, office automation, Land Reforms, Urban Governance, Tax reforms, Transport Systems, etc.

• Crafted policies for digital payments that led to the creation of the phenomenally successful UPI payment system in India.

• During his stint with TRAI, he has led major reforms in the sector including the work in the area of Net Neutrality, data ownership, privacy and security.